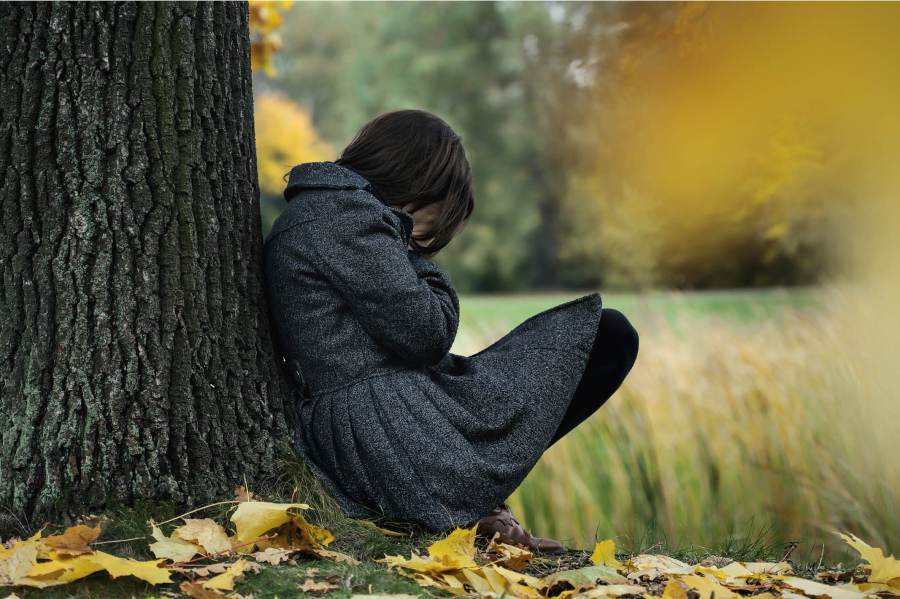 Carolyn was distant, aloof, and alone in her far-off world.

There were four of us who were her co-workers, but none of us, employed at this regional grocery retailer, was her friend. It wasn’t that she rebuffed our efforts to engage her in conversation, or that she was in a drugged induced haze. It was more like our voices couldn’t reach her. The only voice she seemed to hear was hers, singing quietly to herself – while barely audible, it was pleasant.

Her work habits were admirable. She was punctual, reliable, and trustworthy. And yet, as she worked the checkout register, her eyes never glanced above the cans, bags, boxes, coupons, and methods of payment presented to her.

We four, decided to engage her in our lives by greeting her during the day and inviting her to coffee with us. She perked up a little, surprised that anyone had noticed her, but the impact was superficial. Three weeks after our efforts started, I was promoted to the IT department at the downtown corporate headquarters.

Two weeks later, I received a phone call from one of the “encouragers” saying that Carolyn had suddenly, and uncharacteristically, left work. She didn’t talk to anyone on her way out the door. She just handed her manager a note, scribbled on a torn piece of paper, which said: “It was nice to have known everyone.”

“We don’t know, the manager isn’t allowed to tell us where she lives, but we must do something! She’s been more depressed lately. You’ve got to try and find her! We think she lives somewhere over there by the corporate office,” the voice desperately explained.

“Somewhere isn’t much to go on,” I admitted, but I also promised to try.

It was mid-afternoon when I drove out of the parking lot praying, “God, where do I go? Where is she?”

I did the best I could to examine each person who was standing, sitting, or walking along the busy streets. There were so many faces. “God, help me find her!”

Then, a mere ten minutes into my search, I saw a familiar silhouette leaning against a light post waiting for a bus: long straight hair, hunched shoulders, a face staring blankly downward. I pulled the car over to the side of the street right in front of her, rolled the passenger’s side window down, and called out, “Carolyn! Carolyn!”

She was in her far-away world, but there was a faint look of acknowledgement.

She walked slowly to the car and bent her head down, “Rob, what are you doing here?”

“I heard you had walked out of work today. C’mon, let’s go.”

She opened the door asking, “How did you know I left work?”

“Your friends called me, but it was God who led me to you.”

She settled into the passenger seat, brushed some hair behind her right ear, and looked down at the carpet.

I pulled the car back into the street’s busy traffic and headed for home where I knew my wife and three-year-old daughter would give her some much-needed attention.

A few minutes later, she looked back up at me with moist, questioning eyes, “Which . . . friend?”

“Yup,” I answered as casually as possible.

I continued driving. She wept quietly.

Once home, we all engaged in small talk through dinner and until our daughter fell asleep in bed. Then Carolyn’s questioning followed a natural path that unfolded the day’s unusual events.

“Earlier you said that you didn’t know where to find me, but that God had led you straight to me. How is that possible?” she inquired.

“God loves you,” began my answer. I went on to explain how much God loved her and knew every aspect of her life. I told her about the sacrifice God in Christ made for her upon the cross, and how in Him she could have forgiveness of sin and eternal life.

She was emotionally moved by God’s grace.

Eventually, we learned that upon returning home from work, she would have taken her own life.

Her eyes turned characteristically downward and distant. Her aloof tone of voice returned. She sang quietly to herself for a moment before answering. The words were soft, “For years, my father treated me like a wife and he beat me. My mother never stopped him.”

We absorbed the facts in silence, then reaffirmed God’s genuine love for her. We prayed for her, we prayed with her, and she prayed to accept the love and forgiveness of God in Christ. It was an emotion filled evening. If Jesus had been physically present, she would have washed His feet with her tears and dried them with her hair.

Despite her confession of faith, and given the circumstances, we were still concerned for her safety. So, we insisted that Carolyn stay the night.

In the morning, her demeanor was noticeably improved, but something distracted her.

“Did you sleep well?” my wife queried.

“I did, but it’s the oddest thing,” she said gesturing toward where she had slept, “I woke up speaking in the strangest language. I can still hear it. What is that?” We smiled.

“Oh, we didn’t talk about that last night,” I said. “What you are experiencing is a gift from the Holy Spirit. It is called the Gift of Tongues. God has given you this gift to help you pray and worship. When the concerns of your heart are too deep to verbalize, the Gift of Tongues will help you to raise them up to God.”

A broad smile came to her for God had placed a new song in her heart.

In the ensuing weeks, we steered her to a local church and to a recovery ministry where she could get the support she needed. A few months later, we had the privilege of witnessing her public profession of faith in the waters of baptism. She was . . . happy.

Dr. Rob Oberto is the award-winning author of “Intimacy With God: Extraordinary miracles that opened a skeptic’s heart to God” available from Amazon.