However, our emotions are quite real and we must distinguish between the efficacy of God’s forgiveness of sin and the management of our grief and self-condemnation. We receive His forgiveness, but we often have to work through our emotions. 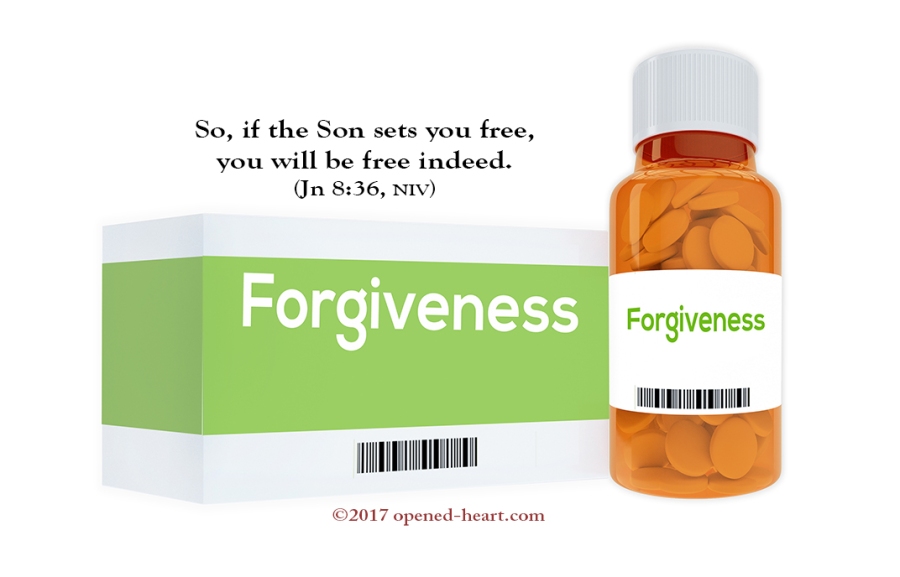 The Mechanics of Forgiveness

In the Law of Moses, God makes the mechanics of forgiveness crystal clear. Let’s say my ox runs over your goat. According to the Law, I must offer a repentant heart and a living sacrifice to God. I must also make restitution to you by replacing the goat with one of equal or better quality and add a fifth of the goat’s value. In short, the transgressor must get right with God and get right with the person wronged.

Two points are noteworthy. First, the process didn’t require the injured party to forgive the wrongdoer, (although they usually would and in the New Testament we must, according to Mt 6:12, 14–15). The Law only required restitution for the damages. Second, the Law limited the restitution. In other words, if my ox kills your goat, you can’t demand twenty or thirty goats from me, or kill my oxen.

Therefore, there are two requirements:

What Jesus Says About Restitution

In many cases, the wronged party lived some distance from the temple. Travelling to them, making restitution, and then returning to the temple could take many days. Regardless, restitution was essential to receiving forgiveness from God. But, once the two requirements were met, God’s forgiveness was graciously granted. It was over! It was time to move-on with life.

If we confess our sins, He is faithful and righteous to forgive us our sins and to cleanse us from all unrighteousness. (1 Jn 1:9, NAS)

Paramount to the forgiveness process is for us to fully comprehend, and to trust in, God’s forgiveness. If we genuinely confess our sins, HE IS FAITHFUL to FORGIVE. The same One with the authority to create the universe saying, “Let there be light,” is the same One who has the authority to declare: “Your sins are forgiven.” The sacrifice we present to the Father is the death and blood of His Son on our behalf.

John Piper, weighs in on this topic in his article “Should We Learn to Forgive Ourselves?” In it, he focuses on 2 Cor 7:10 where Paul says:

Piper explains: “Now ponder what Paul means by godly grief and worldly grief — the one leading to repentance and life, and the other leading to death. I think this reality is very close to what people are dealing with when they speak of the need to forgive themselves. They mean they need to move through worldly grief over sin to godly grief over sin and beyond into life and freedom. And the difference is a grief that leads out of death-giving self-condemnation to life-giving acceptance of God’s, and in this case Paul’s, statement of no condemnation.”

“There is therefore now no condemnation for those who are in Christ Jesus.” Rom 8:1 (ESV)

Piper adds that it’s prideful to repent of sin, and then refuse God’s forgiveness. He ends by saying that when we refuse God’s, or anyone else’s, forgiveness we set ourselves up as a higher judge and pronounce a death sentence over ourselves. “It is an arrogant failure,” he says, “[not] to trust in the free verdict of God: no condemnation.”

“So my closing word is: Let’s humble ourselves and step down off the judge’s seat and let God be God in his pronouncement of ‘no condemnation.’”

But then, there are the lingering emotions

The more serious the transgression, however, the more difficult it can be to move-on emotionally. In my experience, at times like these, emotions are in turmoil. I liken them to a team of horses, running amuck, that refuse to be reigned-in. They do what they want, when they want. And once settled down, just about anything can set them off again and we’re in for another bumpy, out-of-control, ride.

Let’s take another example. On May 21, 2008, famous Christian singer/songwriter Steven Curtis Chapman’s little daughter was accidentally run over by his son. As you can imagine, it was a devastating family tragedy. Grief over their loss is reflected in the song “Won’t Give Up” by Colony House. The line, “But my memory shows no mercy,” pinpoints the essence of grieving. There is forgiveness, but then there are the memories.

Steven Curtis Chapman’s memoir, Between Heaven and the Real World: My Story, was released last month.

How do we deal with the memories, the grief, and the inevitable self-condemnation? How do we handle the relationships? Some people will have the skills and biblical grounding to successfully navigate through such emotionally tumultuous waters. Most of us, however, don’t. Good, biblical Christian counselling can help us navigate through the forgiveness and grief processes.

In the same way, the Spirit also helps our weakness; for we do not know how to pray as we should, but the Spirit Himself intercedes for us with groanings too deep for words. (Rom 8:26, NAS)

Dealing with the memories is like peeling an onion. Each new memory rubs our face in the transgression and its consequences; each time one surfaces we need to peel that layer away. Be encouraged, each layer is slightly less intense than the previous one. Eventually the last layer is peeled away and the onion is in tatters on the floor. We’re done.

The sooner we internalize the power of God’s forgiveness, gain a right perspective of our new circumstances, and, if needed, make restitution, the sooner we can move-on; the sooner we are done. We don’t have to be paralyzed by grief and self-condemnation. But, if we try to go it alone, a process that should take several months can take decades. The bonus of submitting to the recovery process is the development of a new skill set which helps us deal with many of life’s future challenges.

Dr. Rob Oberto is the award-winning author of “Intimacy With God” available from Amazon.